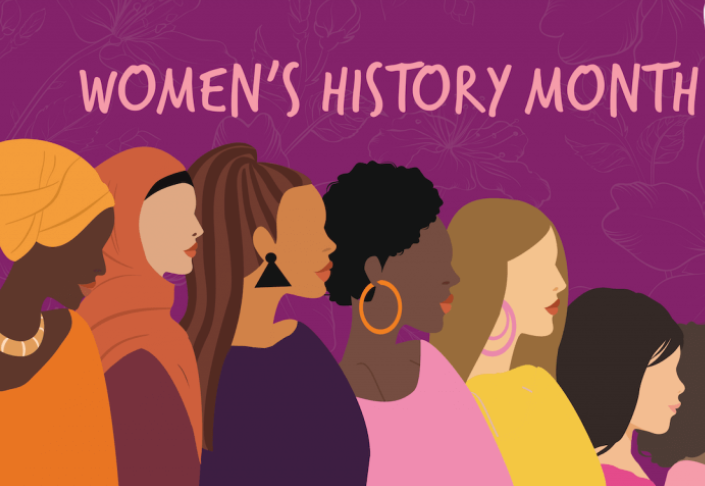 The month of March is Women’s History Month. To acknowledge and celebrate it, I thought I’d learn more about what feminism is. I wanted to understand how feminism started, people who were incredibly important to it and what it stands for. I hope you have a good time learning about the history of feminism!

Before the official waves of feminism, there were many feminists, both women and men, who talked and wrote about women’s rights. Plato wrote in his book, Republic, that women had the “natural capacities” as men to govern and defend. This may not seem like a lot, but coming from a man from Ancient Athens, a highly sexist time and place, it was pretty forward thinking. In the 15th century, an Italian and French writer named Christine de Pizan, wrote books centered around women’s education, which explained the importance of women, and protested against the stereotypical role of a woman. Her remarkable work is considered to be some the the most earliest feminist writing pieces and is credited by many to being the first feminist. 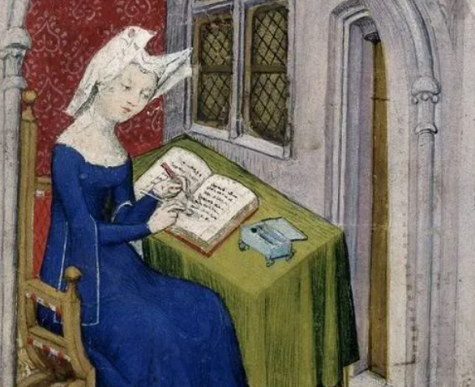 In the 17th century, Margaret Fell wrote a book centered around the argument that women are equal to men because in religion, Quakerism, God created all human beings, therefore both men and women were capable of not only possessing the Inner Light but also the ability to be a prophet. These were just a few examples of men and women who wrote about feminism and without them and the infinite amount of others, sung and unsung heroes, women would not have the basic rights that we have today.

In the first wave feminism, women started to protest on legal issues such as the right to vote, property rights and opposing being owned by husbands after marriage. This was around 1800-1920. Some feminists from this time included Elizabeth Cady Staton, Susan Mott, Sojourner Truth, Abby Kelley Foster, Susan B Anthony and Alice Paul. These women are the main leaders in the American women’s suffrage movement, as they are the women who organized strong protests, oratored brilliant speeches and fought for what was right. Thanks to their work, the United States Congress passed the 19th amendment, allowing every citizen, regardless of their gender, the right to vote.

We also have many people who wrote about women’s equality during this time. The 18th century is known as the Age of Enlightenment because of the many philosophers and writers, who wrote and spoke out about equal gender rights and the power of women through different forms like books, speeches or letters. These intellectual, groundbreaking women and men have paved the way for the women in the future to raise their voice and speak out. An example of one such woman is Jane Austen, who wrote many fictional books with strong willpowered female leads and characters. Her books, such as Pride and Prejudice and Sense and Sensibility are even relevant today, with her dry wit and relatable characters. Even today, many feminists from first wave feminism have their works cited by many activists and are declared as “feminist pioneers”. They took another huge step for the world we live in today.

Second wave feminism is about equality, discrimination and the more personal lives of women. It talks more about the old cultural and political viewpoints such as women staying at home and cooking, or jobs, etc. It also refers to the beauty standards that women were held up to. This wave was around 1960-1990. A leading feminist that I respect from second wave feminism was Gloria Steinem, who was a writer, journalist, lecturer, political activist, and a feminist organizer! She was a huge part of second wave feminism. She’s created Ms., a magazine that was the first national American feminist magazine ever made. 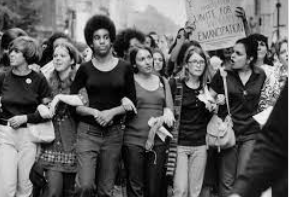 Third wave feminism began in 1990 and is still here today… Or is it. But we’ll get to that later.  Third wave feminism is about rethinking different ideas about womanhood, gender, beauty, sexuality, femininity, masculinity, a woman’s body choices and more. It also goes back to the second wave feminism and fixes the mistakes that were made. This is because second wave feminism mostly benefited educated white women, when women of color need to be included. Stereotypes created in the second wave about “angry, lonely, shrill, hairy and unfeminine” being the definition for a feminist also were fixed as people understood that being a feminist just means wanting gender equality. Through fixing the errors, we understand that all women, of every size, shape and color are  equal and strong. One of the feminists that I admire from this wave is Kimberlé Crenshaw, a scholar, writer and professor at the UCLA school of Law and Colombia Law School. She created the concept of intersectionality, which is”the acknowledgement that everyone has their own unique experiences of discrimination and oppression”. This includes everything from race, gender, class, and more. She opened the door to a lot of discussion and change for the better. 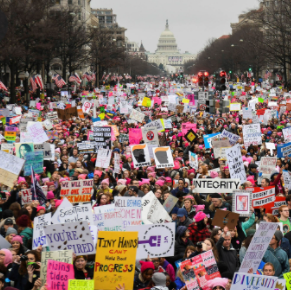 Third/fourth wave feminism is a blurry line in which we cannot exactly say if we have entered a new wave or not. This wave of feminism is about different cases of harassment that are happening, fighting against it, and speaking out. One of the most famous movements that center around this is the #MeToo Movement. Third/fourth wave feminism also discusses the portrayal of women on social media platforms. There are so many feminists that I look up to, such as Malala Youzafzai, Michelle Obama, Emma Watson, Roxanne Gay, Tarana Burke, and many more. They are all so strong and always giving more to the cause of feminism. They make me want to be a better person and advocate for the equality of everyone.

In conclusion, women should be treated equally to men, not because we are women, but because we are all humans and we should be treated with respect, and treat other people with respect depending on who they are. Right now we are still working for equality. We have done so much and we have a long journey ahead so we can start  by empowering women, empowering everyone, to raise their voice and speak out about women’s rights. It will lead to an incredible future that starts with you. As Emma Watson said, “If you stand for equality, you are a feminist.” 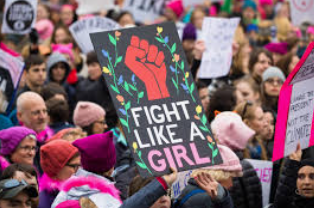